Rick Dougherty joined the Limeliters in 1991, and left the group in 2004 (although he has occasionally returned for guest appearances).  He is included on one Limeliters album, Until We Get it Right.  He also appeared with the Limeliters on the "This Land Is Your Land - The Folk Years" PBS Special hosted by Judy Collins and The Smothers Brothers in 2003. He is a seasoned professional with over 20 years of experience as a guitarist, songwriter, performer and director but he is best known for his clear tenor voice. Even as a boy he was singled out while singing on the playground and asked to be a soloist with the boys choir at his church.

Rick played piano at home, but in high school he began playing guitar with a particular interest in finger-styles, and within a year he was appearing in local coffee-houses in Pasadena. By the time he left the City College he was playing ragtime guitar and had been given a citation by the music department as one of its most promising students.

In 1973 his family moved to San Francisco, and Rick went on the road playing concerts, hotels and coffee-houses across the western states. He picked up bass along the way and studied orchestration and arranging with Dave Wheeler in Columbus, Ohio, while teaching guitar and theory to private students.

Rick missed the West Coast, however, and in 1983 he returned to the Bay Area and won a vocal scholarship to Sonoma State University where he became assistant director in the Opera department. He also continued to write arrangements and perform with the jazz ensembles. In 1986 he received the Award for Outstanding Solo Performance from the National Association of Jazz Educators (NAJE) at the Berkeley Collegiate Jazz Festival.

He graduated with honors in 1987 and began working with several of the opera companies in the Bay Area as a technical and stage director. In 1991 he was invited to be director for the Bear Valley Music Festival where he has worked with Gwendolyn Jones, John Garrison and Evelyn de la Rosa in productions of "Carmen," "La Traviata," and "The Abduction from the Seraglio."  By the time he finished with operas in the Bay Area, he had directed 36 of them.

Despite his newfound directing career, Rick never lost his love of harmony singing and in 1986 he helped form "Cafe Society," a vocal trio that performed swing music from the 30's and 40's using many of Rick's arrangements. In 1993 he joined the a capella jazz quintet Syncopation. He also performs in opera, including "Die Fledermaus" and "Candide." Rick has also given workshops on singing at Camp Harmony (San Francisco Folk Music Club), the Sonoma County Folk Festival and was a staff artist and workshop leader at the California Traditional Music Society New Year's Camp in 1991.

In early 2004, together with Bill Zorn, Rick left The Limeliters, and Rick joined a new group with Glenn Yarbrough and Dick Foley called "The Folk Reunion."  " which toured with The Brothers Four and The Kingston Trio for two years as a followup to the PBS Special.

By 2006, he was a regular with The Kingston Trio, reuniting with fellow former Limelter Bill Zorn, and long-time KingstonTrio member George Grove. He performed with that group for about 12 years, until October 2071.  In that configuration, they recorded two CDs, "Born at the Right Time" and "Bloodlines," and appeared on two PBS Specials; one a tribute to the group with special guests, and the "Holiday Special" with performances of both classic and traditional Christmas folk songs.

In 2017 the Kingston Trio initiated a new configuration of Josh Reynolds (son of original KT member NIck Reynolds), Mike Marvin, and Tim Gorelangton, so Rick in the Fall of 2018,  joined with two others to form a new folk music trio, "Folk Legends"  - soon renamed as "The Folk Legacy Trio."  The members in addition to Rick are George Grove (formerly with The Kingston Trio for 41 years), and Jerry Siggins, a former member of the Dapper Dans and the Diamonds. The new group performs the "Great American Folksong Book," singing music that will span then entire Folk Era; from the Weavers, Merle Travis and Tennessee Ernie Ford in the early 50s through the commercial success of such groups as The Kingston Trio, Peter, Paul & Mary, The Chad Mitchell Trio and The Brothers Four as well as solo performers Tom Paxton, Judy Collins, Joan Baez, Gordon Lightfoot, John Denver and many others. A Folk Legends promotional video is available on YouTube and on the Folk Legacy Trio Video page.

In November, 2017, Rick published a book of guitar instruction titled Sounding Good on One Guitar.

In a January 2019 concert in Austin, Texas, Rich Dougherty performed - standing in for Don Marovich -  with regular Limeliters Andy Corwin and Steve Brooks as a temporarily re-configured Limeliters group. 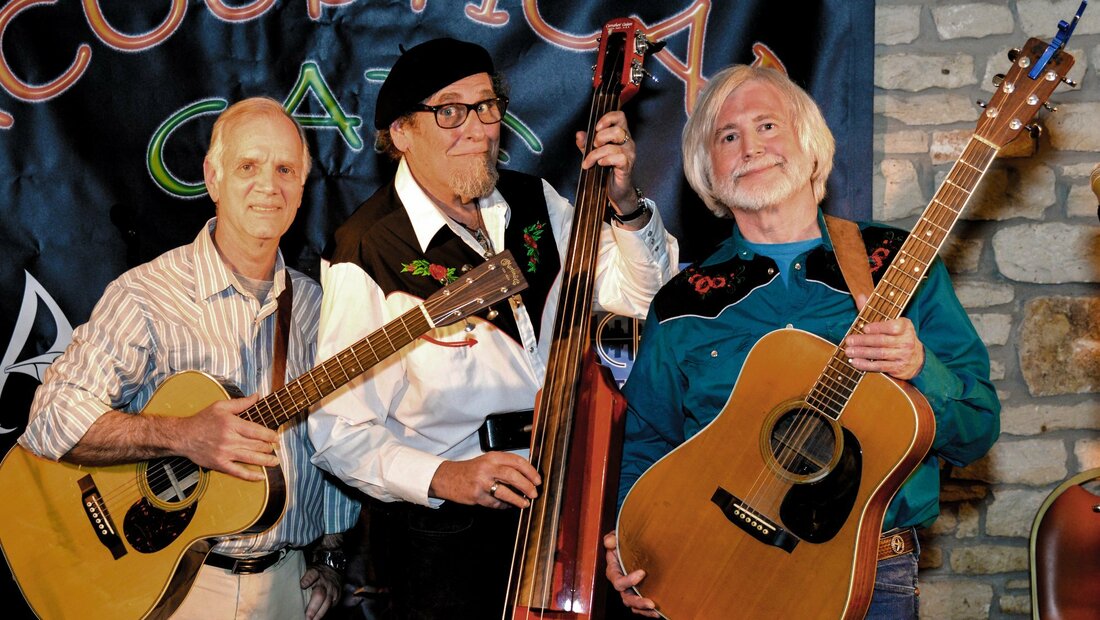 in July of 2019, the Folk Legacy Trio - featuring Rick as well as regulars George Grove and Jerry Siggins, published a new CD, "Standing on the Shoulders." The album features many of the most popular songs which have been performed by The Limeliters, including among others, There's a Meeting Here Tonight, City of New Orleans, Jamaica Farewell, If I had a Hammer, This Land is Your Land, and Power & Glory.  The album also includes other classics made famous by the Kingston Trio, Peter, Paul & Mary, and others.

The group's latest album Homecoming likewise features popular songs which have long been performed by The Limeliters, including 'Power and Glory," "40 Year Old Waltz," and "Circle."

Rick regularly performs solo, and recently appears as a guest with The Limeliters from time to time.