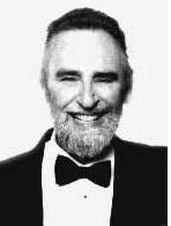 Lou Gottlieb, a University of California Ph.D. and The Limeliters bass player and comedic spokesman, died on July 11, 1996, after a short illness.

Lou, tall and slender despite age and a graying beard, used to say, elicting wild cheers from the audience, "Glenn and Alex are not geared for total approval any more, but I jolly well am!"

Lou was immortalized in the science fiction / time travel novel Summer of Love by Lisa Mason (1995). In the mid-sixties, Lou had a house and ranch in rural Marin County called "Morningstar," a free-loving, cult-cum-commune. Many people will remember fondly "The Digger Farm," as it came to be called, and the impact Lou had as the "resident piano player," as he referred to himself. A humorous reference is made to this "Morningstar groupie rest home" in The Limeliters' song, "Acres of Limeliters" in their album, Joy Across the Land.

Alex Hassilev recalls the situation like this: "He began to develop an affinity for Indian gurus, and he deeded his ranch to God. That attracted hippies in droves: people running naked round the woods. And, of course, there was a great deal of - how can I put it? - not fully moral activity going on." Who would have thought a folkgroup could have such "goings on" - behavior typically considered strictly a part of "hard rock and roll"?

Lou performed in the 1968 movie "I Love You Alice B. Toklas" with Peter Sellers, and in "Blume in Love" with George Segal in 1973. He grew up in La Crescenta, completed his B.A. at UCLA, performed as jazz pianist, then sang with "The Gateway Singers," whom he left to take a Ph.D. in music at U.C. Berkeley in 1958. He later was hired by the fledgling Kingston Trio to arrange harmonies.

His doctoral thesis on 15th century cyclic masses was completed when he heard Hassilev and Yarbrough sing together at Hollywood's Cosmo Alley nightclub. He joined the group, which named themselves after the Limelite Club in Aspen, Colorado.

Alex Hassilev: "We were business partners and debating opponents for 37 years. Never once in all that time did Lou Gottlieb fail to entertain me, on stage or off. And as witty and full of life as he was when he was performing, he was 1000 times funnnier off stage. He was so unique an individual as I have ever known - a constant delight. But more than that he was my dear friend... and I miss him."

Glenn Yarbrough: "Lou was my partner, teacher, and friend - the brains of The Limeliters. His brilliance, spirit, and humor, are irreplaceable. He was the best arranger I've ever heard. More than any of us, Lou was responsible for crafting that unmistakable Limeliters' sound. But he was so much more than an amazing musician. He was an amazing person. I will miss his presence more than I could ever express in words."