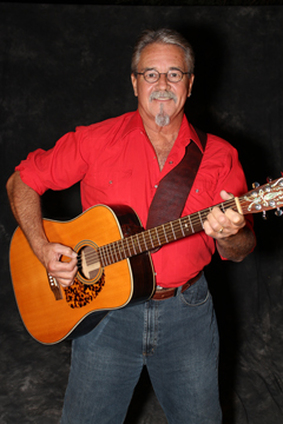 He was an accomplished musician, singer and songwriter who loved performing on stage. His first paid gig as a folk singer came in 1964 when he was 14, but his actual professional career began in 1967 after Bill Zorn invited Gaylan to be a part of Bill’s large folk group, The Win’ Jammers. Bill and Gaylan hooked up again in ’70 - 71 as members of The New Christy Minstrels. .

In addition to guitar and vocals, Gaylan played bass and harmonica and has written well over 200 songs, two of which are on the Limeliter’s CD Right From the Start. A self-proclaimed ‘recording studio junkie’, Gaylan is equally comfortable as a vocalist, vocal arranger, instrumentalist, engineer or producer.

His 2003 solo album, Taylor Made, is available on Apple Music and other streaming services.

In 2005, Gaylan toured with Glenn Yarbrough as the leader of Glenn’s Havenstock River Band. When he was invited to join The Limeliters in 2006, Gaylan said, “It’s like coming home… I’ve been in a lot of groups with a lot of different styles and configurations and worked with some wonderfully talented performers… this Limeliters group with Andy and Don and me is nothing short of magical.”